The zinc sulphide nanoparticles were synthesized by simple aqueous chemical reaction of zinc chloride and sodium sulphide in aqueous solution. The main advantage of the ZnS nanoparticles of diameter 29 nm is that the sample is prepared by using of non-toxic precursors in a cost effective and eco-friendly way. The structural, morphological and chemical composition of the nanoparticles have been investigated by X-Ray Diffraction(XRD),Scanning Electron Microscopy(SEM) with energy dispersion X-ray fluorescence spectroscopy (EDAX) and Fourier transform infrared (FTIR) spectroscopy. The antimicrobial effects of the zinc sulphide (ZnS) nanocrystals were studied by well diffusion technique against twelve pathogenic bacterial strains. ZnS showed antimicrobial activity against both gram positive and gram negative strains except Shigella sonnei.

Extensive and often indiscriminate application of these agents for many years have resulted in an explosion of multiple drug resistant pathogens throughout the world. Thus, there is an urgent need to identify and develop new antimicrobial compounds, either natural or synthetic, to offer appropriate and efficient therapy for various types of infections. Interests on nanoparticles have been generated in recent years due to their simple structure, characteristic physical, chemical and biological properties that are usually distinctly different from those of the bulk materials. Intensive experiments and studies have revealed that the nanoparticles of magnesium oxide, calcium oxide and zinc oxide1,2 possess potent antimicrobial property when tested against various Gram positive and Gram negative organisms. Zinc sulphide is a simple inorganic compound known for its practical applications in photoconductors, solar cells, field effect transistors, sensors transducers , optical coatings and light emitting materials3.It may be pointed out here that simple inorganic substances as antimicrobial agents may prove to be advantageous as they contain mineral substances essential for human consumption and may exhibit powerful action even when administered in small amounts.

In view of the information on presence of antibacterial action in nanoparticles of MgO, CaO and ZnO, nanoparticles of ZnS was prepared in our laboratory and was evaluated for the antimicrobial potentiality along with that of imatinib singly and by combination of the two agents.

Bacteria: A total of 12 pathogenic bacteria belonging to 8 genera comprising 9 Gram negative and 3 Gram positive strains were tested.These were of human origin, identified as described by Barrow and Feltham4 and preserved in freeze dried state.

Chemical compounds: Analar ZnCl2 and Na2S were purchased from Merck, Germany, these were allowed to react to produce ZnS nanoparticles.

Synthesis of ZnS nanoparticles was carried out by aqueous chemical method using ZnCl2 and Na2S as source materials. All the reagents were of analytical grade and used without further purification. The entire process was carried out in distilled water for its inherent advantages of being simple and environment friendly. All steps of the synthesis were performed at low temperature and ambient conditions. In a typical preparation solution of 1M Na2S was added drop by drop to 1M ZnCl2 solution which was kept on stirring using a magnetic stirrer at 70 oC for 2 hours, this resulted in formation of ZnS nanocolloid. The nanoparticles were collected by centrifugation at 2000 rpm for 15 minutes and further purification was made in ultrasonic bath. The resultant product was finally dried at 120 ºC for 2 h.

To determine the structural features of all the samples, Fourier transform infrared (FTIR) spectroscopy was carried out using an FTIR spectrometer (FTIR-8400s, Shimadzu), with 150 scans for wave numbers ranging from 400-4000 cm-1 and resolution 4 cm-1. The KBr pellet method was used to prepare the samples5.

From the XRD results as shown in figure 1, it is clear that the pure ZnS nanoparticles have been obtained in powder form. The broadened peaks in the XRD pattern indicate the formation of ZnS nanocrystals with small crystallites. The three diffraction peaks at 2θ values of 28.9780, 47.620, 56.650 correspond to the (111), (220) and (311) diffraction planes, respectively of the spherical nanocrystalline structure of ZnS were observed. These values were very close to those reported by Jia Xiang Yang et.al.6.

The average crystallite size (D) was calculated from the full-width at half-maximum (FWHM) of the most intense peak of the (111) plane of ZnS nanoparticles using the Debye-Scherrer formula for spherical particles [Eq. (1)].

Where λ is the wavelength (Cu Kα), β is the full width at the half-maximum of the ZnS nanoparticles and θ is the diffraction angle.

From this equation the average particle size was estimated to be 29 nm which was also supported from FESEM.

Figure 2 shows the FTIR spectrum of the ZnS nanoparticles. The spectra exhibit strong bands appearing in the 1114, 1259, 1384 & 3200–2900 cm-1 correspond to ZnS nanoparticles5. The peaks at 612 cm-1 is assigned to the ZnS band (i.e., corresponding to sulphides)6,7.The O–H bending region due to absorbed water appears at 1620 cm-1. The stretch vibration adsorption of ZnO at 420−460 cm−1 is not detected which indicates that ZnS was not oxidized to ZnO during the preparation as reported by She Yuan-yuan et.al8.

Figures 3 and 4 show the FESEM/EDAX results of as prepared ZnS nanoparticles. It is seen that the ZnS nanoparticles are homogenously dispersed and almost spherically shaped with an average diameter of about 29 nm. From the EDAX result we get the composition of the prepared sample i.e. about 73.55% of Zn+ ion and about 26.45% S ion by mass are present in the sample.

The Gram negative bacteria were grown in Mueller–Hington broth and the Gram positive ones in nutrient broth for 18h to obtain optimum growth.

An aqueous 10mg/ml stock solution of ZnS nanoparticles was prepared in sterile distilled water. This was added to molten nutrient agar at 50ºC in such a manner that the final concentrations were 0(control),100,200,300,400 µg/ml , thoroughly mixed, final pH adjusted to 7.2 to 7.4 and poured into sterile Petri dishes .The inocula consisted of suitably diluted 18h broth culture of bacterium. The MIC of ZnS nanoparticles was determined by spot inoculating one 2mm {internal diameter) loopful of a culture containing ca.105 colony forming units (CFU), on the plates following the guidelines of CLSI. The plates were incubated at 37 oC. Growth was recorded at 18h as well as up to 72h .

The in vitro effect of the agents was determined by well diffusion technique as described by Miles and Amyes9.The wells were cut with the help of sterile cork borers on the agar surface at suitable distances apart, so that the respective concentrations of the agent would not diffuse into one another to produce a continuous range of concentrations in the initial period of inhibition. This was done by initial well sensitivity test of a microorganism with respect to a particular concentration of an agent and determining the diameters of zone of inhibition.


Antibacterial activity of ZnS nanoparticles by in vitro screening

The nanoparticles of ZnS produced inhibition zones around the wells that varied from 7 mm to 18 mm when the amount of ZnS was 100 ug per well (Table 2).The diameters of inihibitory circles increased in size as the amount of ZnS was increased (Table 2).The The greater sensitivity of Gram positive organisms by ZnS was further confirmed by this test.

The present study clearly indicates that ZnS nanostructures could be synthesized by a simple aqueous chemical method using pure aqueous route resulting in primary particle sizes of 29 nm. This particle size was calculated from Debye –Scherrer formula. FESEM image was used to study the morphology of the synthesized nanoparticles. FTIR spectra showed the possible stretching and bending modes of the ZnS nanoparticles. These ZnS nanoparticles synthesized by us showed significant antimicrobial activity when tested against pathogenic bacterial strains. While sensitive bacterial strains included B. subtilis UC 564, A. baumanii 462, E. coli C600, K. pneumoniae atcc 10031, S. aureus 8531 and 8532 and P. aeruginosa ATCC 27853. It was found to be less active against Sh. sonnei 9774, V. cholerae atcc 14033and E. coli K12 Row. It may be pointed out here that ZnS nanoparticles demonstrated a pronounced inhibitory action against S.aureus 8531, an organism which is known to be multidrug sensitive10. ZnS nanoparticles were found to be bacteriostatic in vitro against both Gram positive and Gram negative bacteria.

These results reveal that ZnS Nanoparticles possess significant antimicrobial activity which may be enhanced in combination with other antimicrobial agents. Further studies are in progress to explore the possibility of their application in routine therapy against infections of animals.

We are grateful to UGC (University Grants Commission) Government of India, for financial assistance. 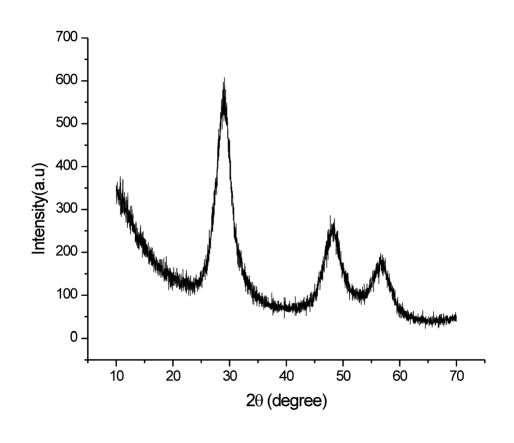 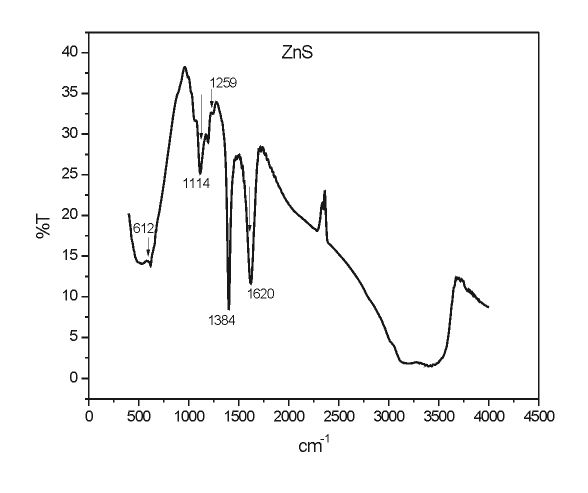 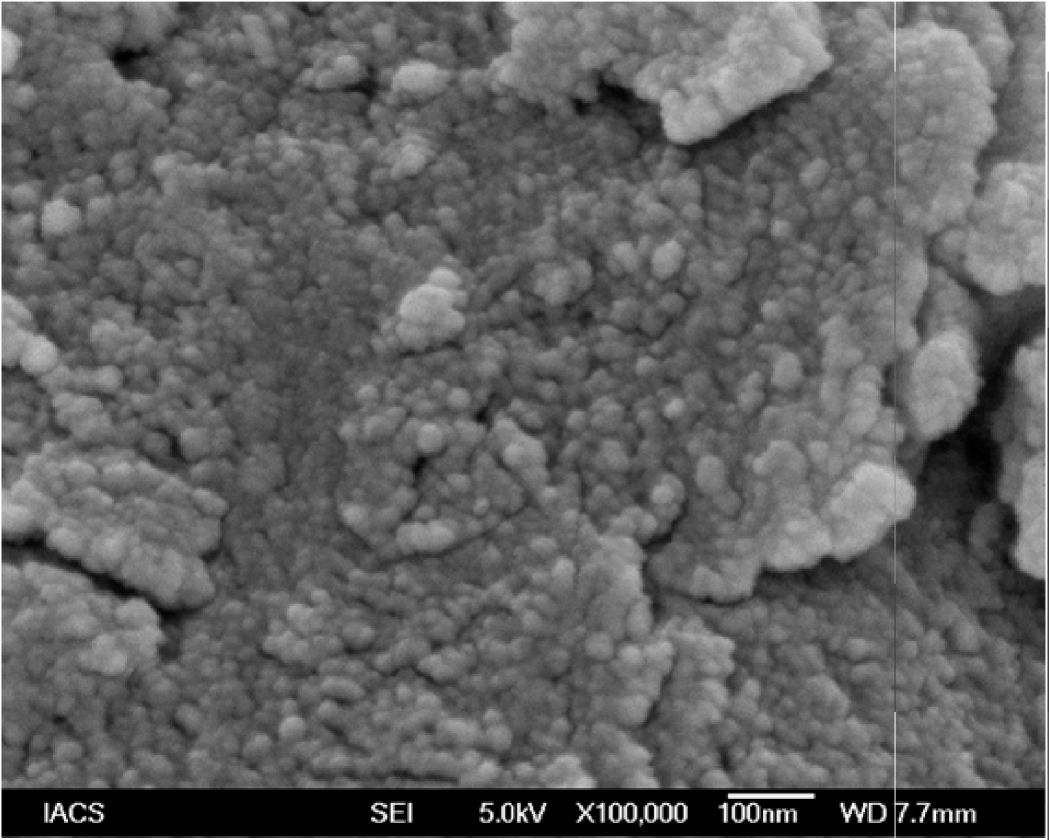 Fig 4. Chemical analysis through EDAX of the prepared sample. 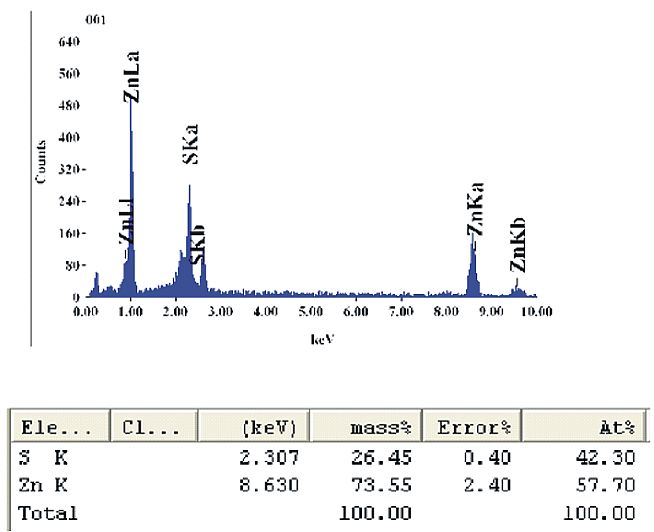 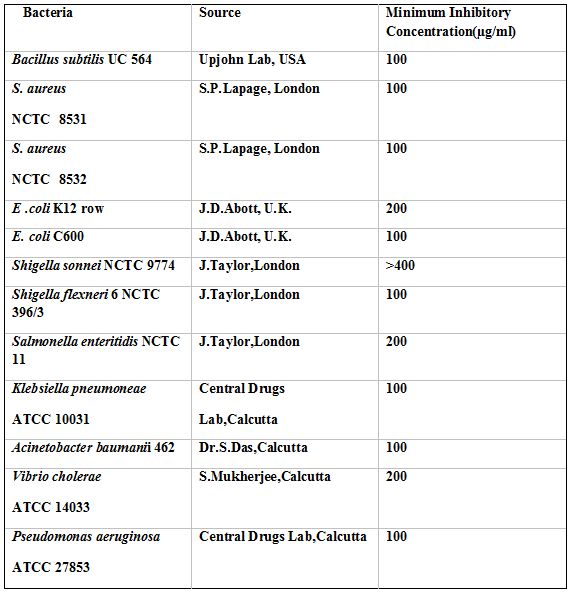 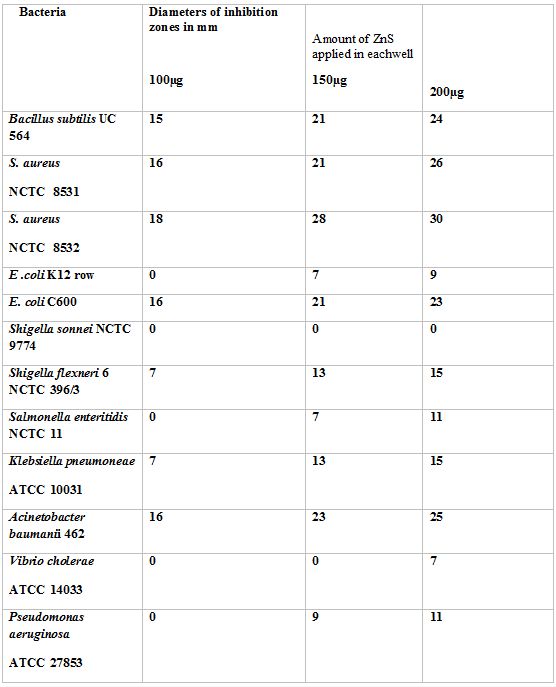 4. Barrow G I & Feltham R K A. (1993). Cowan and Steels manual for the identification of medical Bacteria. Cambridge university press,Cambridge,UK,  329.


We are looking for partners to help us develop this open access project further. Write to research@open-science-repository.com.