Organizations like universities and schools use timetables to schedule lectures and lab sessions in a way that makes best use of resources available. Making a good timetable is a scheduling problem. It is NP-hard, multi-constrained, complex and a combinatorial optimization problem. The solution of this problem cannot be obtained in polynomial time. Therefore, this problem has captured great attention of researchers for last more than four decades.

The scheduling of courses in universities or institutions is known to be a highly constrained combinatorial optimization problem. Generally it is done manually. Solution of this problem usually involves taking the previous year’s timetable and modifying that so it will work for the next year. Nowadays most of good universities provide much greater flexibility to students for selecting courses as well as greater choices. Also universities are enrolling more students into a wider variety of courses including an increasing number of combined degree courses. Therefore the process of finding a timeslot for each course so that no two subjects of any student clash has been shown to be equivalent to assigning colours to vertices in a graph so that adjacent vertices always have different colours. This has been proved to lie in the set of NP-complete problems, which means that carrying out an exhaustive search for the timetable is not possible in a reasonable time. Hence there should be some automatic timetabling system, which creates timetable every year [1]. Many course-timetabling algorithms have been proposed. The most popular methods that have and are being introduced for such a system are based on heuristics (e.g. graph colouring etc.), local search techniques (e.g. simulated annealing, tabu search). Some researchers have also employed evolutionary algorithms (mainly genetic algorithms and its variants) and got good solutions. Due to the complexity, the general genetic algorithm converges slowly and easily converges to local optima. A novel quantum-inspired evolutionary algorithms (QEA) has been implemented for the Course Timetable Problem (CTP). The QEA uses genetic operators on the Q-bit as well as updating operator of quantum gate which is introduced as a variation operator to drive the individuals toward better solutions.

In this work we have implemented Quantum Evolutionary Algorithm for the Timetable Problem. The experimental results demonstrate that the QEA performs well and can also provide a set of high quality timetables.

Timetable problem deals with construction of timetable of the courses. Timetable construction can be considered as generic scheduling activity. The scheduling problems are essentially problems that deal with effective distribution of resources among tasks.

University Timetable problem also presents a set of tasks (classes) and a set of resources (rooms, Labs, groups, instructors). Every task requests some resources for its realization on certain time slot. The goal is to make the timetable at least as good as experienced human (expert) would make it while satisfying the required constraints. Though each university may have different constraints, two types of constraints are commonly considered [4]:

a) Hard constraints which must be satisfied in a timetable in order to make it usable (feasible).

Some of the hard constraints for timetable problem are given here:

Some of the soft constraints for timetable problems are given here:

Making a valid timetable is not an easy task. The reason is that it is NP hard. Consider that there are ‘t’ periods and ‘c’ classes to be scheduled then there are tc ways to do this. It increases exponentially when number of classes increase. Hence, time to finding the solution also increases exponentially. Therefore, we try to reach nearly optimal solution to this problem.

A time and computational saving idea that is adopted in this work is to split the complete timetabling problem into two phases: time (day and hour) allocation and place (classroom) allocation . The assumption is that, after obtaining a solution to the first phase, the second phase is much easier to solve, i.e. there are many solutions to the second phase that satisfy the first phase. The first phase is the most important and difficult one. The constraints are much stronger and the computation effort is much higher in this first phase. After finding a suitable schedule, the allocation of the rooms is a conceptually similar task with the first phase and consequently it can be solved in the same way. The argument behind this separation is that from the search space for n activities, each with a starting time ranging from 0 to m−1, and an allocated room, ranging from 0 to p−1, i.e. an overall search space of mn×pn possible solutions, the two-phase approach will derive a search space of mn + pn possible solutions. This intuitive approach brings obviously an important improvement in the speed and effort of computation of any solving algorithm [3].

Evolutionary algorithms are the algorithms which are inspired by the famous principle of “Darwinian Evolution Theory”. These algorithms are a very impressive tool to solve complex combinatorial optimization problems. They generally only involve techniques implementing mechanisms inspired by biological evolution.

Candidate solutions to the optimization problem play the role of individuals in a population, and the cost function determines the environment within which the solutions "live". Evolution of the population then takes place after the repeated application of the above operators.

Recombination and mutation create the necessary diversity and thereby facilitate novelty, while selection acts as a force increasing quality. The net effect of survival of the fittest is that the average fitness of the population increases with each generation.

Evolutionary algorithms (EAs) are characterized by the representation of the individual, the evaluation function representing the fitness level of the individuals, and the population dynamics such as population size, variation operators, parent selection, reproduction etc. To have a good balance between exploration of search space and exploitation of best solution, these components should be designed properly. Quantum evolutionary algorithm (QEA) can treat the balance between exploration and exploitation very easily. Also, QEA can explore the search space with a smaller number of individuals and exploit the search space for a global solution within a short span of time.

Qubit representation has the advantage that it is able to represent a linear superposition of states. If there is for instance, a three qubit system with three pairs of amplitudes, then it contains the information of eight classical states.

QEA maintains a population of qubit individuals Q(t)={qt1, qt2,…….., qtn} at generation t, where n is the size of population, and qtj is a Q-bit individual defined as

Q-bit individuals in Q(t) are updated by applying Q-gates defined as a variation operator of QEA, by which operation the updated Q-bit should satisfy the normalization condition, |α’|²+ |β’|²=1, where α’ and β’ are the values of the updated Q-bit. The following rotation gate is used as a basic Q-gate in QEA:

Here is the description about the implementation of the algorithm to find the solutions of the timetable problem.

A. Representation of solution chromosome


B. Evaluation of solution chromosome

1. Following hard constraints are used in the implementation:

2. Following soft constraints are used in the implementation:

Algorithm shown in figure 2 is used in the implementation. The algorithm contains the following functions:

Formation of the timetable takes place in the function make timetable shown in figure 3. 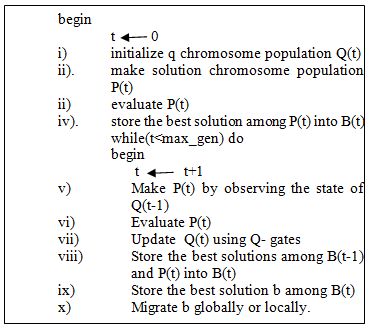 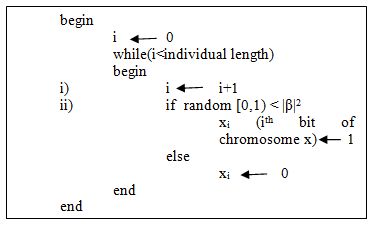 
After each iteration Q-chromosome is updated according to the fitness of previous solution chromosome as follows: 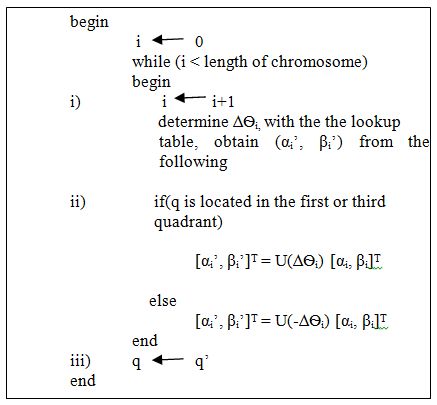 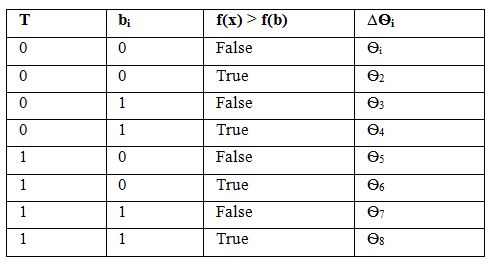 Here  the results obtained from QEA for following input is shown.

It was seen that the fitness of solution i.e. quality of the timetable increases with the increase in population size and generations. 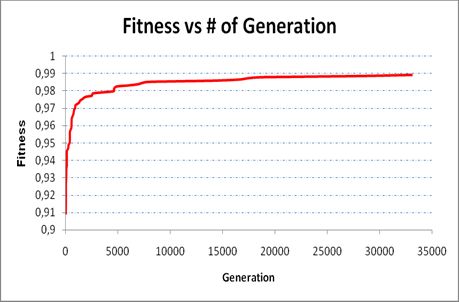 Table 3.10: Effect of population size on fitness in QEA. 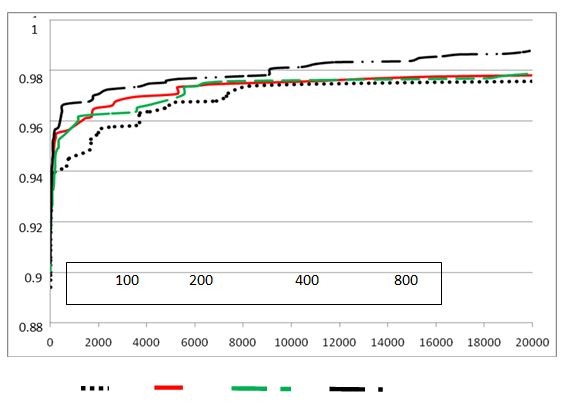 The timetable problem is a NP hard problem with various typical hard and soft constraints. In this work, this problem has been solved using quantum inspired Evolutionary Algorithm (QEA). The results show that QEA performs well and gives a good solution.  With the help of QEA, generation of good time table for different courses offered by the Faculties of Dayalbagh Educational Institute, Dayalbagh, Agra after considering many complex hard and soft constraints is possible.

[5] Kuk-Hyun Han and Jong-Hwan Kim , “On the Analysis of the Quantum-inspired Evolutionary Algorithm with a Single Individual”,  in Proceedings of the 2001 International Conference on Artificial Intelligence, July 16-21, 2006.

[13] M. Al-Betar, A. Khader and T. Gani, “A Harmony Search Algorithm for University Course Timetabling “, in proc. of 7th Intl. Conf. on the Practice and Theory of Automated Timetabling.Montreal, Canada, Aug. 2008.